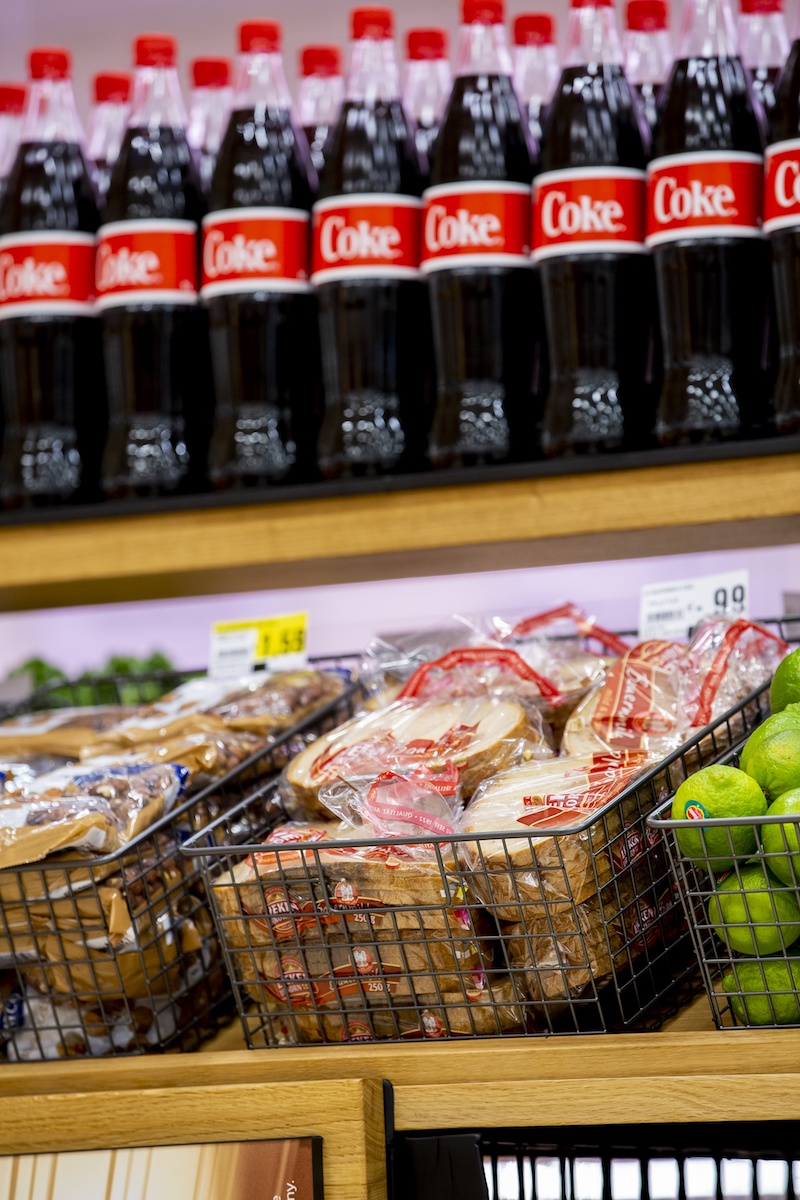 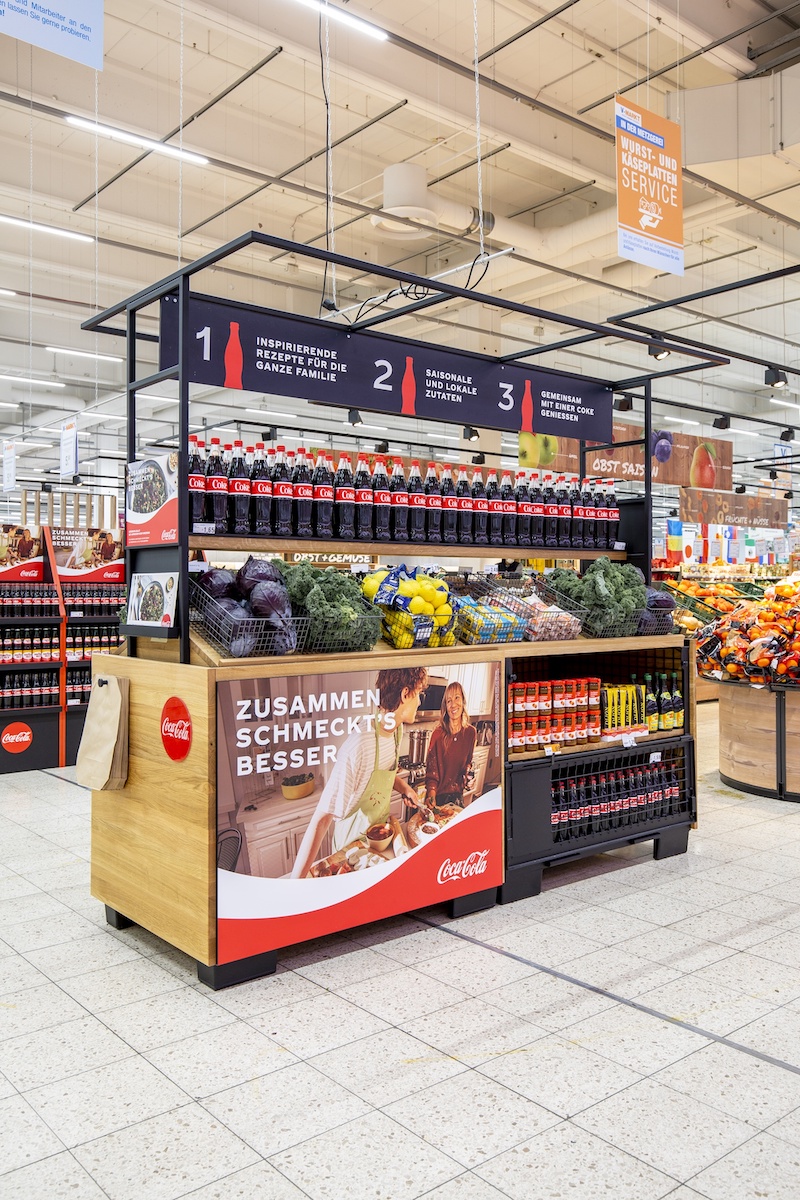 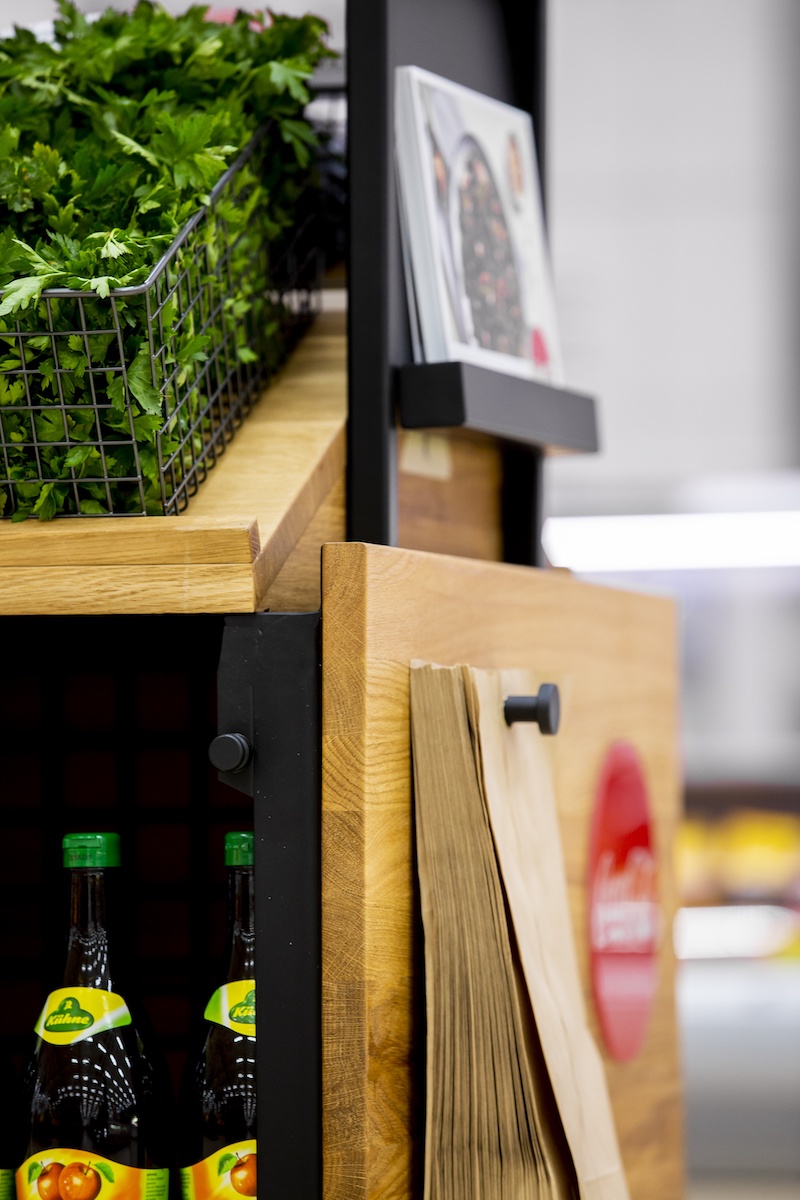 Coca-Cola and food – an unparalleled combination that has captivated people around the globe for decades.

To bring this unique pairing into people’s homes, Coca-Cola and CLY came together for a twelve-week special pilot project matching the “Coke & Meals: Together tastes better” campaign: the Coca-Cola Market Stall.

From developing the idea and design, to producing the pilot and overseeing supermarket support in Munich – the beautiful capital of Bavaria in the heart of southern Germany – CLY has steered the complete implementation of this unique point-of-sales concept.

The idea of the Market Stall is easy to explain: customers get inspired by recipe cards available on site and find all the ingredients they need for these mouthwatering recipes at the stall – an original Coke included – because together tastes better. The stall was stocked every fortnight with two new original recipes and their exact ingredients.

The Market Stall’s look was painstakingly considered and designed to be “out of the box” – modern, minimal, premium – in short, a POS that had never been seen before.

Imagine two large structures in dark steel, veneered with wood and garnished with the Coca-Cola campaign image. The ingredients in wire baskets, angled on top of the structure. An additional touch highlighted the new 1-liter Coca-Cola bottle – in iconic glass, naturally – with the beautifully designed recipe cards attached.

The meals – twelve delicious and inspiring recipes created in collaboration with a consulting chef – were prepared and presented with the help of a specialist food-photographer and a food stylist. The resulting images adorned not only the recipe cards but also the OOH campaign poster.

Together with our art director, we then drew up lists of ingredients and easy-to-follow recipe instructions (including images and info about allergens and calories), creating a newly designed layout for ready-to-print recipe cards.

Alongside this, CLY also created and designed an out-of-home (OOH) billboard that was put up close to the supermarket in Munich.

CLY was thrilled to be partnering again with Coca-Cola on such an exciting and unprecedented project. Due to its huge success, we are proud to announce that Coke&Meals is now being rolled out in 150 outlets across Germany. Please take a closer look at other projects we have created over the years, together with our longstanding partner: Coca-Cola Influencer campaign, Coca-Cola Food Festival, Taco Tuesday. 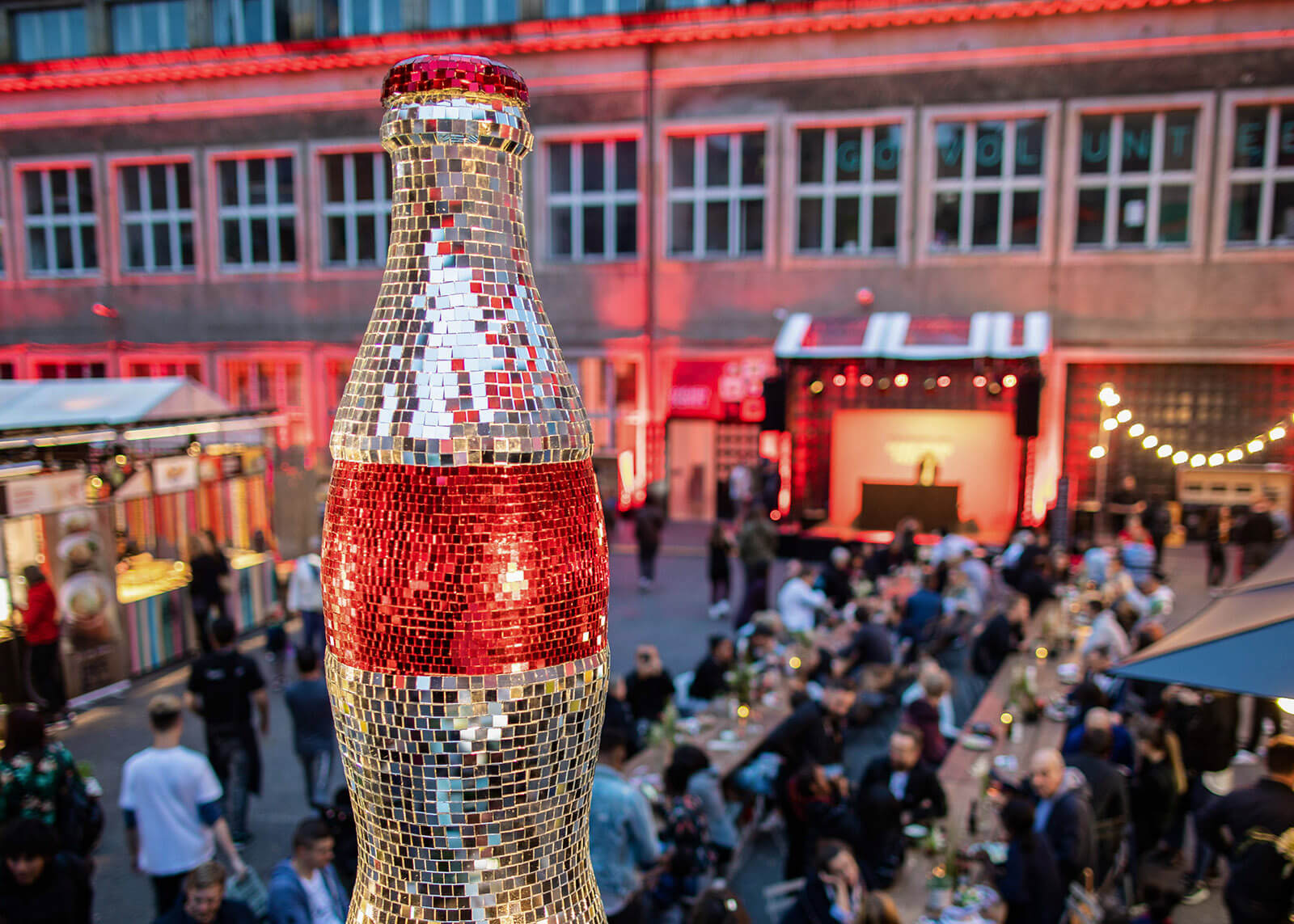